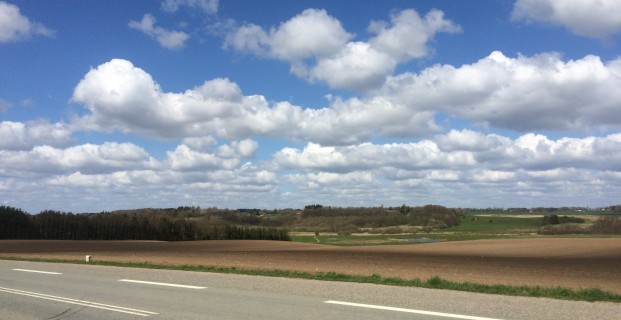 And then there was another … Boot Camp! Unfortunately this time no biking but hard core walking. The theme of the week was “Dry Bones” and this had some implications for our journey. As we were ready to leave Moïse gave small speech and explained what our goals for the coming days were. We were going to walk 30 km (which wasn’t too much in my opinion) and this without eating and drinking the lunch we prepared just before he started his speech. That way we could train ourselves in keeping our faith based on our character.

So, divided in groups of 5 having a pretty decent map and the above average noise our group left at 9:20 AM to our destination. GPS turned on and there we went. The members of my group were Caressa, Luca, Mara and Loise. After walking for about an hour my left foot started to feel painful because I just did not have any decent shoes to wear. Around lunch time everyone started to feel his or her empty stomach (except for Luca, he already ate with the excuse: “A sandwich like this would be a waste to throw away”, a saying from his grandmother). At some point we decided to sit down next to a small church and my hunger was taking over control. After eating 3 of the 5 sandwiches I felt guilty for eating so I put my mind to not drinking, which I did succeed in.
After about 17 km both my feet were hurting so much :(. I had 4 large blisters under my feet and lacked the courage/spirit to continue. When I saw another group getting closer I made the decision to tell my group members to join the other group for the rest of the distance. Caressa did not really knew what to do and I could see she was in the dilemma of staying or leaving me behind. I said I would take care of myself and that I would contact someone of the school to pick me up. I was ready to send a text to Moïse to pick me up but figured that I should first take some resting time and could see how I was feeling after that. When 20 minutes passed by I decided to not send the text yet and to continue walking barefoot on my own pace. Putting some worship music in my ears and just keep moving on the black asphalt. Funfact: I had a small wink from God as I started walking again: When I put on the music it started with the song “Bones”. This gave me the energy to keep walking and having a positive spirit.

In the end I took a bus for the last 5 kilometers, a decision I don’t regret at all. I arrived together with Caressa and her group on the camping spot and we had an amazing barbeque dinner. When everything was cleaned (more or less) we shared stories and experiences around a bonfire. When the clock hit 10 PM I got hit by the hammer and Caressa and I went to bed. It had been an exhausting day and the night promised to be cold (2-4 °C according to the bulletin). The second day consisted mainly of playing games, walking through the nature and around 2PM we started cleaning the place. When all was cleaned we got another surprise. For those who wanted there was another 10 km trip planned. In my condition I figured it would not be the best idea to do that and apparently I wasn’t the only one, only 4 students decided to walk the extra 10 km. Small sidenote: those 4 students only walked 10 km the first day, as they received a lift from some guy they met.

So : even though I’m not walking the way I should (blisters), it was a great experience to walk this distance and get another view on temptation and the resisting of the temptations. Although I could not resist the temptation to eat, I’ll get there and will grow to a better version of myself.

This site uses Akismet to reduce spam. Learn how your comment data is processed.

I have a heart for IT, play clarinet, some guitar and enjoy a cozy chat. I'm currently located in Denmark at a biblecollege together with Caressa to get trained in mainly leadership and management.